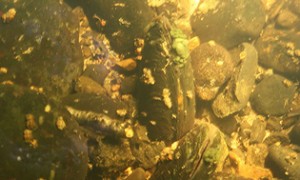 A CATASTROPHIC green energy scheme caused pollution that will last hundreds of years and wiped out one of the world’s most important populations of a highly endangered species, a court heard yesterday.

The hydro scheme – designed to produce electricity for 600 homes – destroyed a colony of protected freshwater pearl mussels and devastated one of Scotland’s rivers.

In the space of a few months, contractors managed to cause the equivalent of “hundreds of years” of pollution and killed hundreds of rare mussels.

The work to the River Lyon was so disastrous that the basic repair bill ran to almost £1 million and caused pollution that also harmed salmon and lamprey stocks. Several miles of the river were badly damaged.

Follow
This entry was posted in News. Bookmark the permalink.